In 2010 it was voted in the 78 th place among the 20 most beautiful villages in Italy. It is situated in the Aspromonte National Park. The town is located on a cliff at , 470 m above sea level and is about 10 km from the Ionian Coast and due to its ideal position, Gerace has a beautiful panorama of the most of the territory of the Locri inland.

It’s; excellent geographical position  and therefore the possibility to control all the sea, along with the fact that it’s geographic conformation enabled Gerace to become a natural fort, which soon gained the interest of the Byzantine Empire and the Sicilian Reign and later dominators not only from Italy but also from other Mediterranean countries.

Testimony of all the attention received is the great quantity and quality of religious and non religious architecture left over from imperial, royal and feudal legacies; the most rappresentative being the Cathedral of Saint Mary Assunta an impressive structure dating from 1080 and 1120. Gerace is a charming town due not only to its incredible artistic structures but also for the town structure in itself with its town squares, winding roads, archways, underpassages, rich portals, surviving wood ovens and even its walls wich are rich in historical value.

You may visit Gerace’s powerful and impregnable castle situated on the highest part of the town. You can see remnants of the defensive walls as well as the imposing central tower where you may notice evident testimony of the various phases of its trasformation: Roman, Byzantine and Angeven. 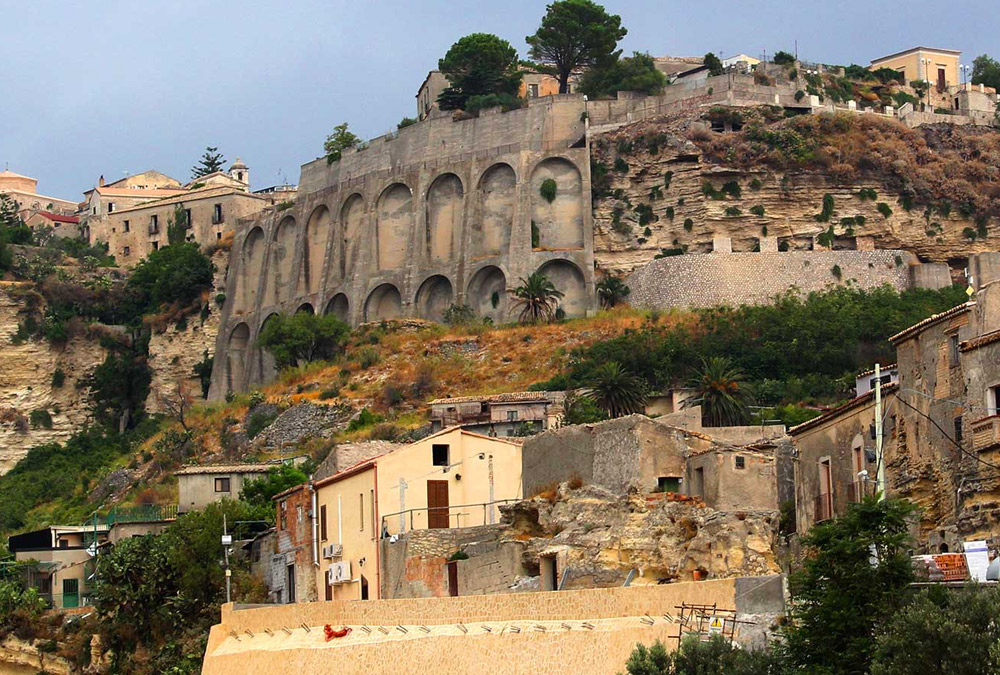