Badolato is an ancient medievel town situated 240 metres above sea level at about 5 km away from the Badolato marina. It is a millenium village that still preserves intact it’s medieval urban structure.

From the beginning, the main purpose of the village was for defensive reasons as by testimony of its great defensive walls and fortified castle that dates back from the XII century; the castle with its towers was used as a viewing point against the Sarcens and the Turks who invaded the Calabria for most of the Medieval age.

Unfortunately, not much remains today as to testimony the fortification of the castle if not the structure of the town, the remains of the ancient medieval portal at the entrance of the town with its tiny stone roads that wind all over the town upwards towards the old castle. In these roads the little village distengaled in farm houses, tiny shops that founded the the town’s every day life.

Badolato has one of the most beautiful beaches of the Ioian Coast and his home to numerous restaurants and lounge bars. It is an important historical town: from the Sicilian to the Greek domination. The Greek founded a village now called Poliporto. Barns and docks emerge during winter storms. Remains of a greek house dated from IV century A.C., a roman tomb and coin artifacts prove that Poliport was inhabited for many centuries and traded by sea. 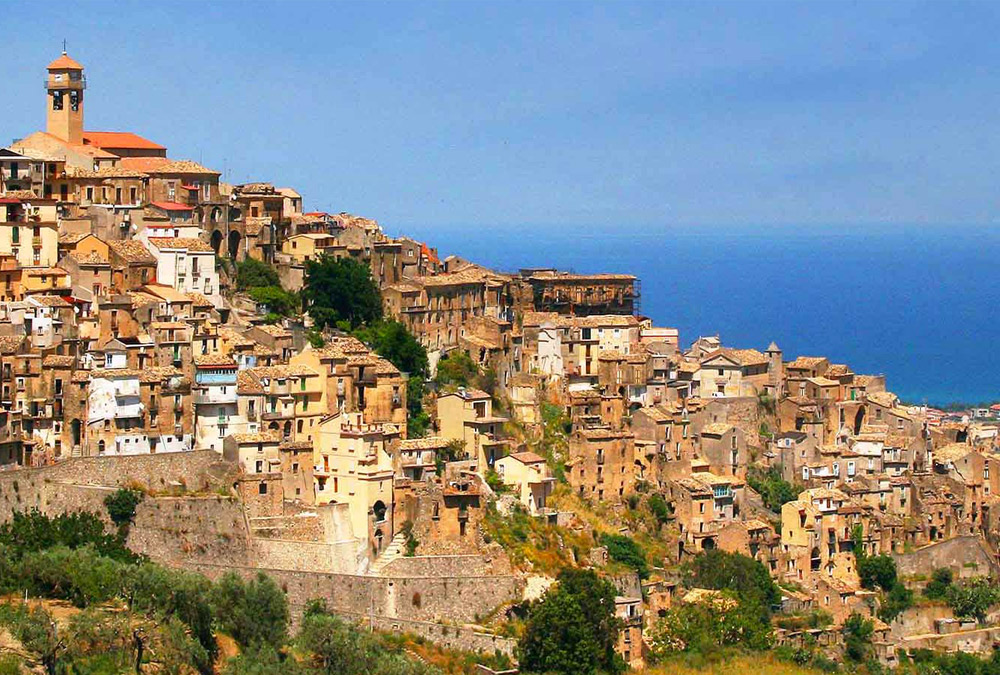