Pazzano: quaint little town situated between Monte Stella and Monte Consolino and it extends to the north to the lush green Serre Vibonese.

The most important monuments you don’t want to miss are the Sanctuary of Santa Maria della Stella (VIII century) and the Miner’s Fountain (XVIII century).

The Sanctuary of Santa Maria della Stella: Ain Pazzano in the province of Reggio Calabria, is an age-old rock church placed into a natural crevice in the mountain. The view on the Sanctuary is amazing: it is accessed down a long flight of steps carved into the stone where for 200 hundred years the hermits lived in contemplation and prayer.

Regarding the Madonna of Monte Stella, a Pazzano journalist, Edoardo Pisani tells a legend: it seems that the boat on which the statue of the Madonna was being taken, without an apparent reason suddenly stops at Monasterace. From the statue, a sudden ray of light beamed towards the cave of Monte Stella.

The Fountain is located at the beginning of the straight narrow mountain road that climbs its way on the side of the Cocumella and arrives almost at the entrance of the Sanctuary of Monte Stella. Every year on August 15 there is a pilgrimage in honour of the Virgin. 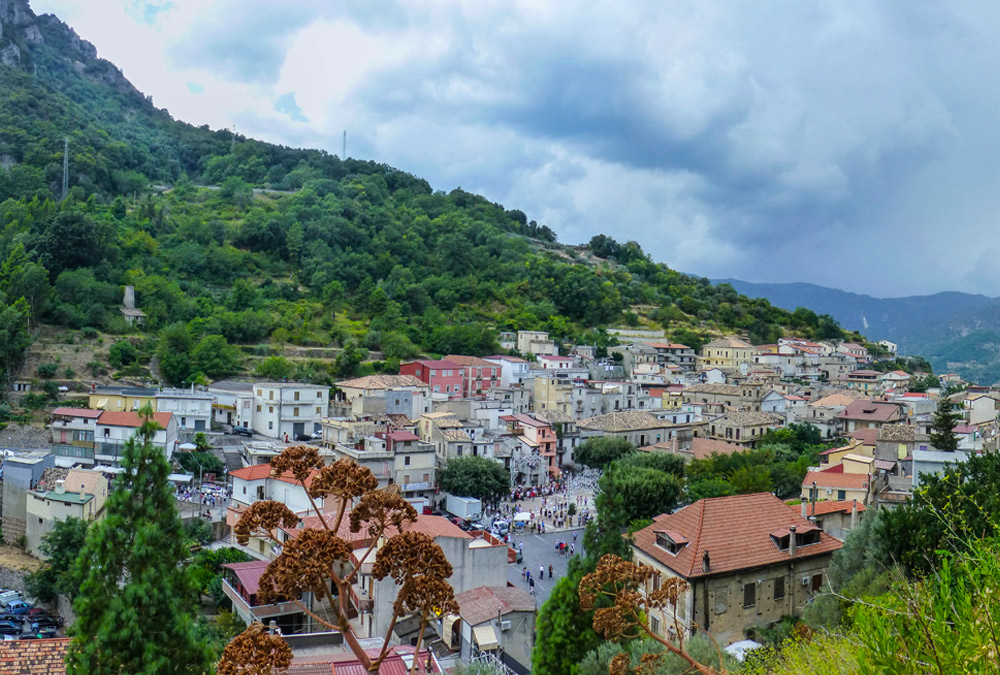